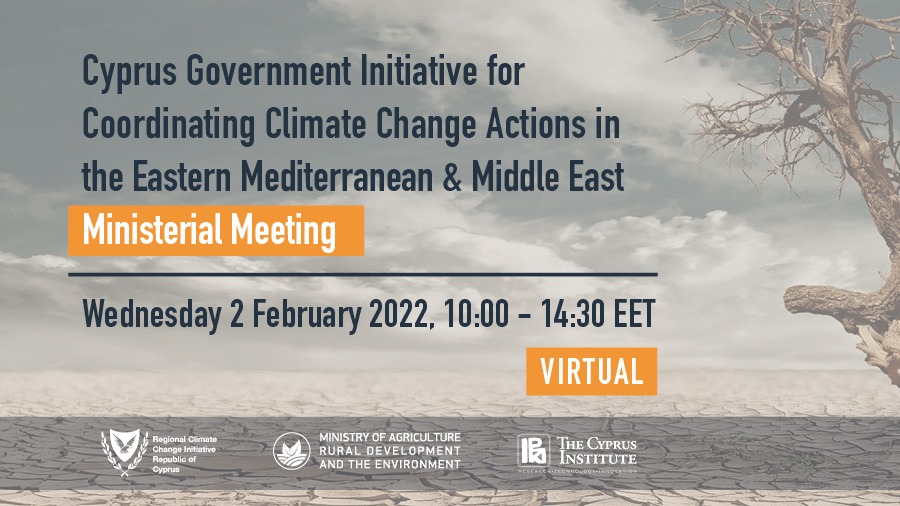 Within the framework of the President’s Initiative to address the impacts of climate change in the Eastern Mediterranean and the Middle East (EMME) region, the Ministry of Agriculture, Rural Development and the Environment is organizing a Virtual Ministerial Meeting on Wednesday, 2 February 2022 with Environment Ministers of the countries taking part in the Initiative.

The aim of the meeting is to formulate an Action Plan to address climate change in the EMME and at the same time assist in preparing the countries of the region to ratify the Action Plan next autumn. It is worth noting that this meeting was preceded by two international scientific conferences on climate change in the EMME, which were held in Cyprus. These conferences presented and discussed the results of the work of more than 220 eminent scientists from around the world.

With the presentation of the results and recommendations of the scientists regarding the discussed issues related to climate change in our region, the scientific part of this important Initiative of the President of the Republic of Cyprus has been completed. The final formulation of the Action Plan and its ratification by the leaders of the participating countries will follow.